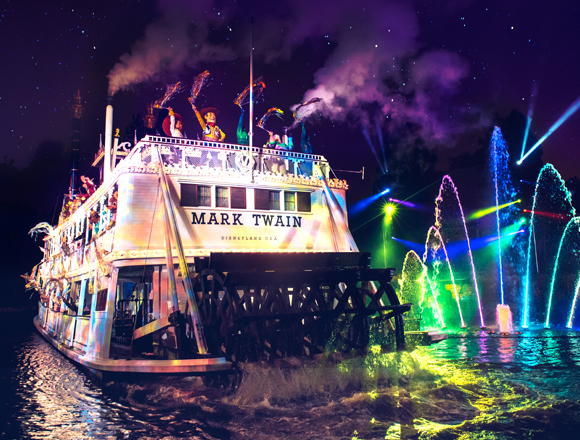 Disneyland provides a number of whimsical secrets and unique experiences. Take your trip to the Happiest Place on Earth to the next level by checking out these hidden features.

The three circles that make up the Mickey symbol are known all over the world. At Disneyland, this iconic logo is scattered throughout the Park in the most unexpected places. From the carpet at the Disneyland Hotel to etchings in the Daisy level of the Mickey & Friends Parking Lot, they are everywhere – there’s even one under a Main Street fruit cart. Hidden Mickeys could be anywhere you look!

When VIPs and dignitaries visited the Park, these high-profile guests needed a place to meet and relax away from the Main Street crowds. In 1967, Club 33 was born. This five-star restaurant and lounge was named for its location on 33 Royal Street. Currently, the club has a 10-year-long waiting list to become a member.

You might wander past this exclusive Disney speakeasy on Royal Street, sitting among the stores in New Orleans Square, near the Pirates of the Caribbean ride.

The Lilly Belle car is the last remaining train car from the opening day of Disneyland. It was once the Grand Canyon viewing car. Lilian Disney was influential in designing the car, adding family photos and early memorabilia. Due to her involvement, the car was renamed the “Lilly Belle.”

To ride on this historic car, you need to be at the gates early. As soon as the Park opens, hurry to the train station to see if you are one of the 14 people permitted to ride. Depending on the weather and cast member availability, the historic car does not leave the station every day.

Before Disneyland became the Magic Kingdom, the land was home to large orange groves. One particular farm belonged to the Dominguez family and stretched across 10 acres, roughly in today’s New Orleans Square. Ron Dominguez asked Walt and his Imagineers to spare one tree on the family land. Disney did just what he was asked and built the Jungle Cruise boathouse around the tree’s towering trunk.

The Galactic Grill at Tomorrowland has a secret Galactic Burger that is not on the menu. Just ask for “Alien Style” when placing your order. Another favorite secret can be found at Gibson Girl Ice Cream Parlor, where you can splurge on a special float made with rainbow ice cream and Fanta Orange Soda. Lastly, you must try the secret cheese sticks at Stage Door Café.

On the second floor of the Main Street Firehouse is an apartment designed for Walt Disney. He needed a place to stay while the Park was being built. The apartment was small but fully functional and provided privacy for Walt and his family.

Finally, you can ride up front with the monorail conductor. All you need to do is ask. Also, you may ask to “steer” the Mark Twain Riverboat, which is truly a magical experience.

With all these secrets uncovered, you might feel a Disney vacation is in order, just to check them out for yourself. Be sure to book your stay at the Tropicana Inn & Suites, only a 5-minute walk to Disneyland.